Fokus uses JavaScript to emphasize anything you select by covering the rest of the page with semi-transparent black.

Try it out by selecting this paragraph or the sample content below. You'll see the entire page fade out while this text is highlighted.

If you want to use Fokus on your site you just need to include the fokus.min.js script (3kb, no dependencies).

Fokus is also available as a Chrome extension. 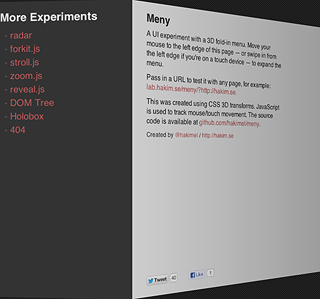 An experimental CSS 3D fold-in menu. Works in any browser that supports CSS 3D transforms, that includes Mobile Safari so get your iPhone ready! 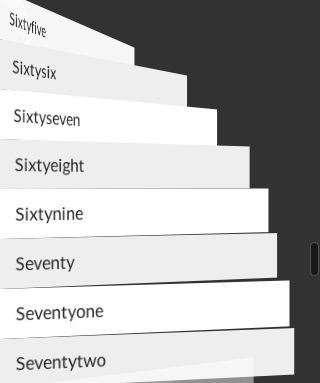 Decided it was time for some CSS tinkering again and ended up creating this set of CSS3 scrolling styles. Not intended for any practical use but the visuals are surprisingly impactful.

This works by applying a future/past class to list items outside of the viewport as you scroll. Based on this class a variety of transforms are transitioned to via CSS.

Thanks Paul Irish for improving the JavaScript performance! 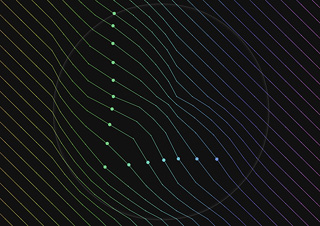 An interactive experiment based on the visuals originally created for Radar. 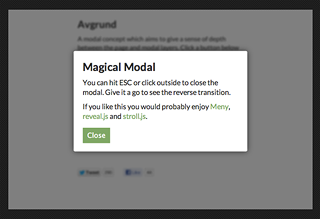 A conceptual modal which gives a sense of depth between the page and modal layers. 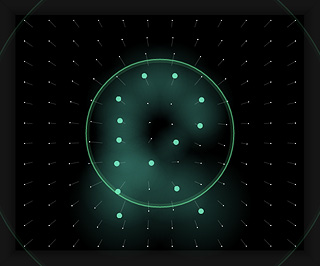 An audio-visual experiment that uses Audiolet to synthesize sound in real-time. The visuals are rendered on <canvas>.

Almost two years after releasing the web version Sinuous has finally made its way to the App Store! The gameplay is very much alike the web but it ties into Game Center so that you can compete with friends. Oh, and keep and eye our for the new 'vortex'-boost!

The game is still powered by JavaScript and rendered on HTML canvas. It relies on native code for audio and Game Center integration but that bit was easy thanks to the ever so lovely PhoneGap. I'm very happy with how well the controls translated to touch and I hope you will be too.

This runs as smooth as butter on the iPad but the framerate is a bit shaky on the iPhone 4. I will be releasing an update soon to address that as well as some other improvements. Try it out! 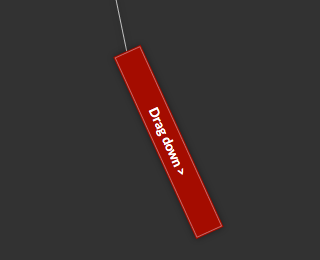 An experimental animated ribbon which lets you drag down a curtain of additional content. A fun twist on the "Fork me on GitHub" banner! Created with JavaScript-controlled CSS3 transforms. 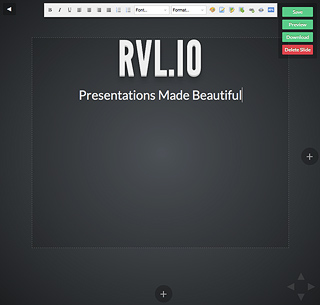 As reveal.js has grown more popular there has been a lot of requests for an online editor and rvl.io is the answer. rvl.io is a service for authoring, storing and presenting slide decks without having to touch the underlying HTML of reveal.js. It was created by myself (frontend) and @h__r__j (backend).